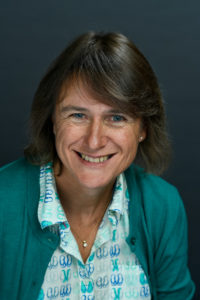 As Global Head of Discovery Sciences (DS) within Janssen Research & Development, Emma Parmee is responsible for driving the global discovery strategy for small molecules, peptides, and RNA therapeutics in the early research portfolio. She works in collaboration with therapeutic area (TA) discovery scientists and other stakeholders to define and operationalize innovative strategies for the successful identification and optimization of novel leads into drug candidates. She leads a global organization who comprise key functions including Computational Sciences, Discovery Chemistry, Discovery Technologies & Molecular Pharmacology, DMPK, and RNA & Targeted Therapeutics.

Emma joined Janssen in October 2020 following a 28-year career at Merck Research Labs (MRL), most recently serving as Head of Discovery Chemistry. She began at MRL in the cardiometabolic area where she contributed to several projects which demonstrated clinical POC including the beta 3 agonist and the glucagon receptor antagonist programs. She was also privileged to work on the DPP-4 inhibitor project and contribute to the discovery of JANUVIATM for the treatment of type 2 diabetes. Emma also served as a Discovery Chemistry Site Lead, responsible for chemistry efforts in Neuroscience, HIV, and Bone. During this time the small molecule CGRP antagonist UBRELVYTM was delivered from the group.

Emma obtained her D. Phil. Degree in 1990 at the University of Oxford, studying the total synthesis of milbemycin natural products and then completed a NATO postdoctoral fellowship at MIT under Professor Satoru Masamune.

Emma was awarded the Thomas Alva Edison Patent Award from the R&D Council of NJ in 2007 and the SCI Gordon E. Moore Medal for Innovation in 2009, both for her contributions toward the discovery of JANUVIATM. She is also a member of the Merck team awarded the 2007 Prix Galien USA for the discovery of JANUVIATM. Emma was the recipient of the 2018 ACS Medicinal Chemistry Division Award and was inducted into the ACS Division of Medicinal Chemistry Hall of Fame in 2018. Her work has led to more than 40 issued US patents and more than 50 publications in peer-reviewed journals.